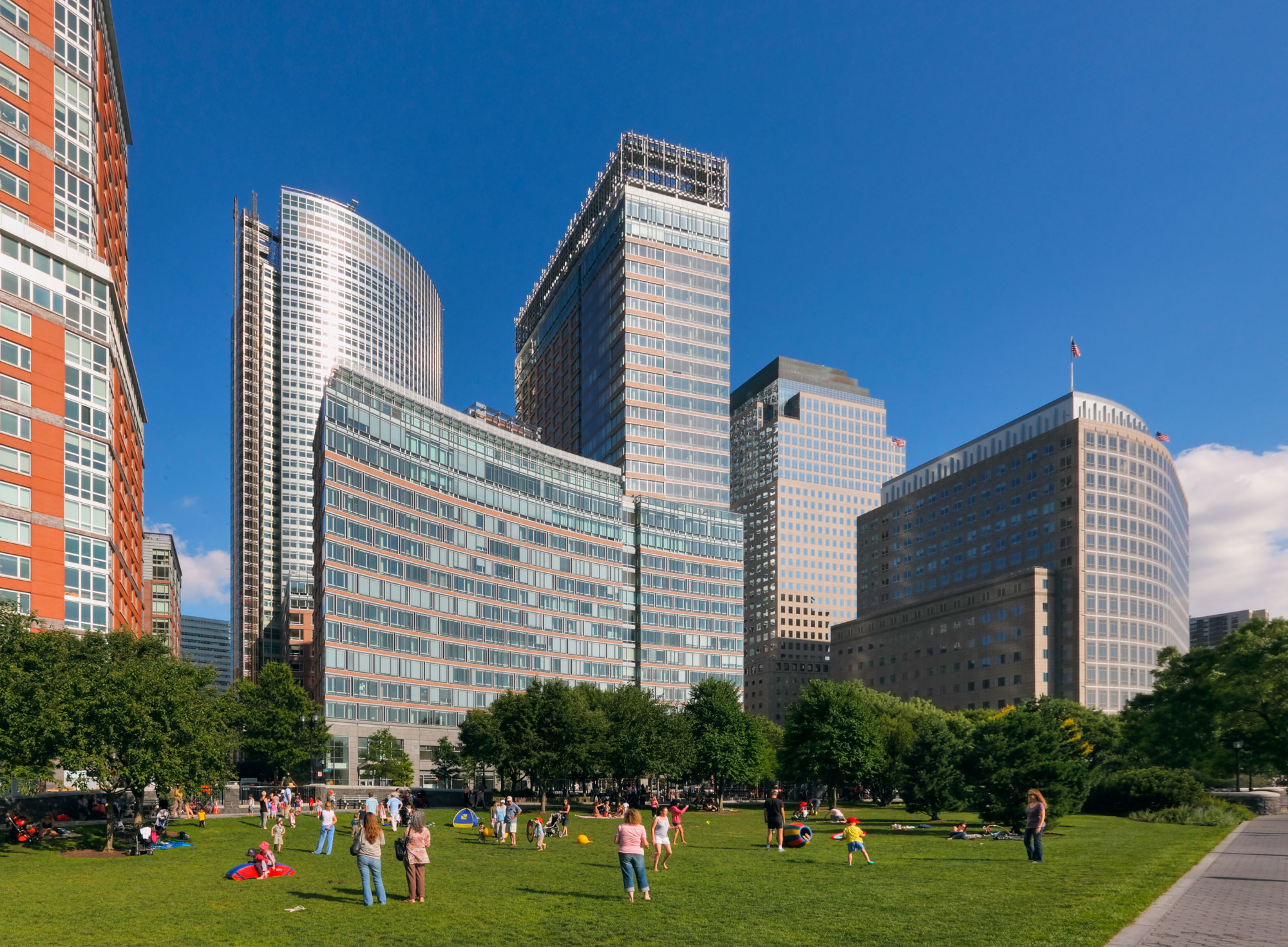 Located at the south end of Rockefeller Park in lower Manhattan, the Riverhouse is a high-rise condominium featuring the first double skin facade on a residential building in New York City and the first to achieve LEED Gold certification in Battery Park City. The predominant use of transparent glass affords spectacular views of the Hudson River waterfront.

The building’s U-shaped footprint incorporates a local park and consists of a 32-story south wing, a 14-story west wing, and a 13-story east wing facing Lower Manhattan. The facade is comprised of 13 different curtain wall systems, including a 4-story glass portico, courtyard sections, and a double skin curtain wall on the river-facing side. The building’s skin changes as it wraps around to face the waterfront, shifting from punched windows within a brick cavity wall to an all-glass curtain wall, with both systems featuring double skins for passive ventilation and increased energy efficiency. The penthouse features photovoltaic panels to further offset the building’s operating costs.

Heintges was engaged as exterior cladding consultant for all phases of the project. 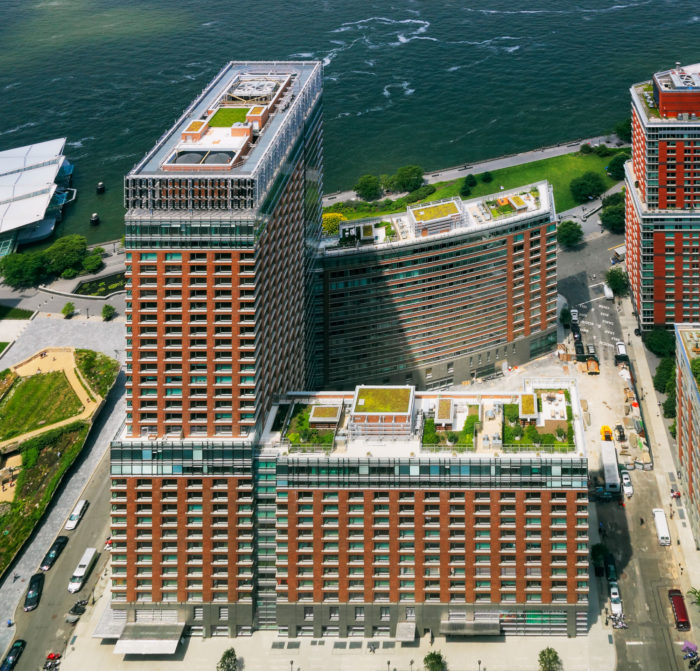 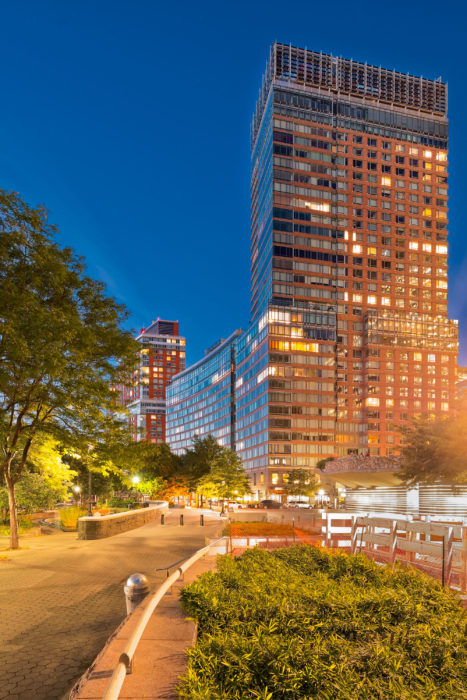 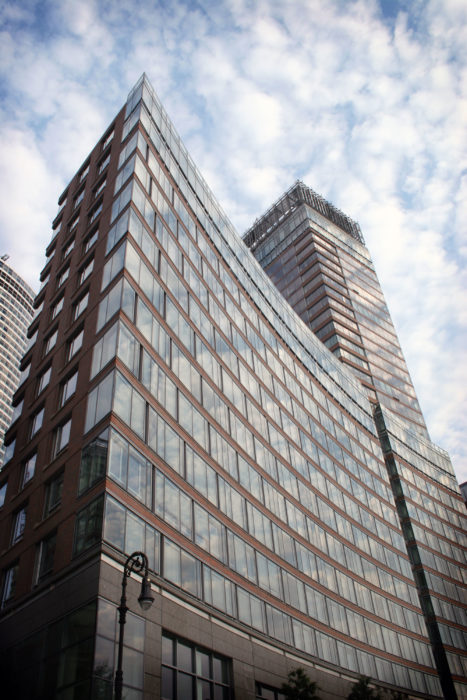 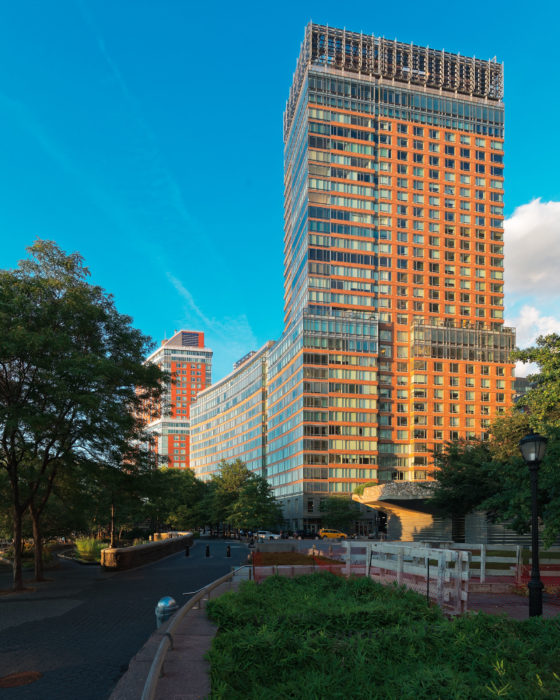 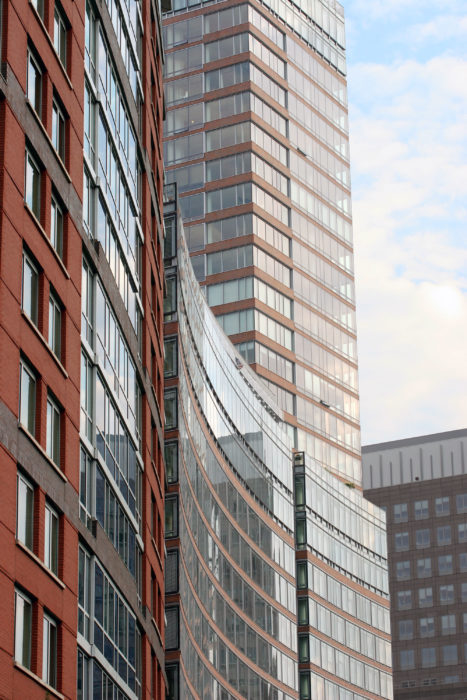