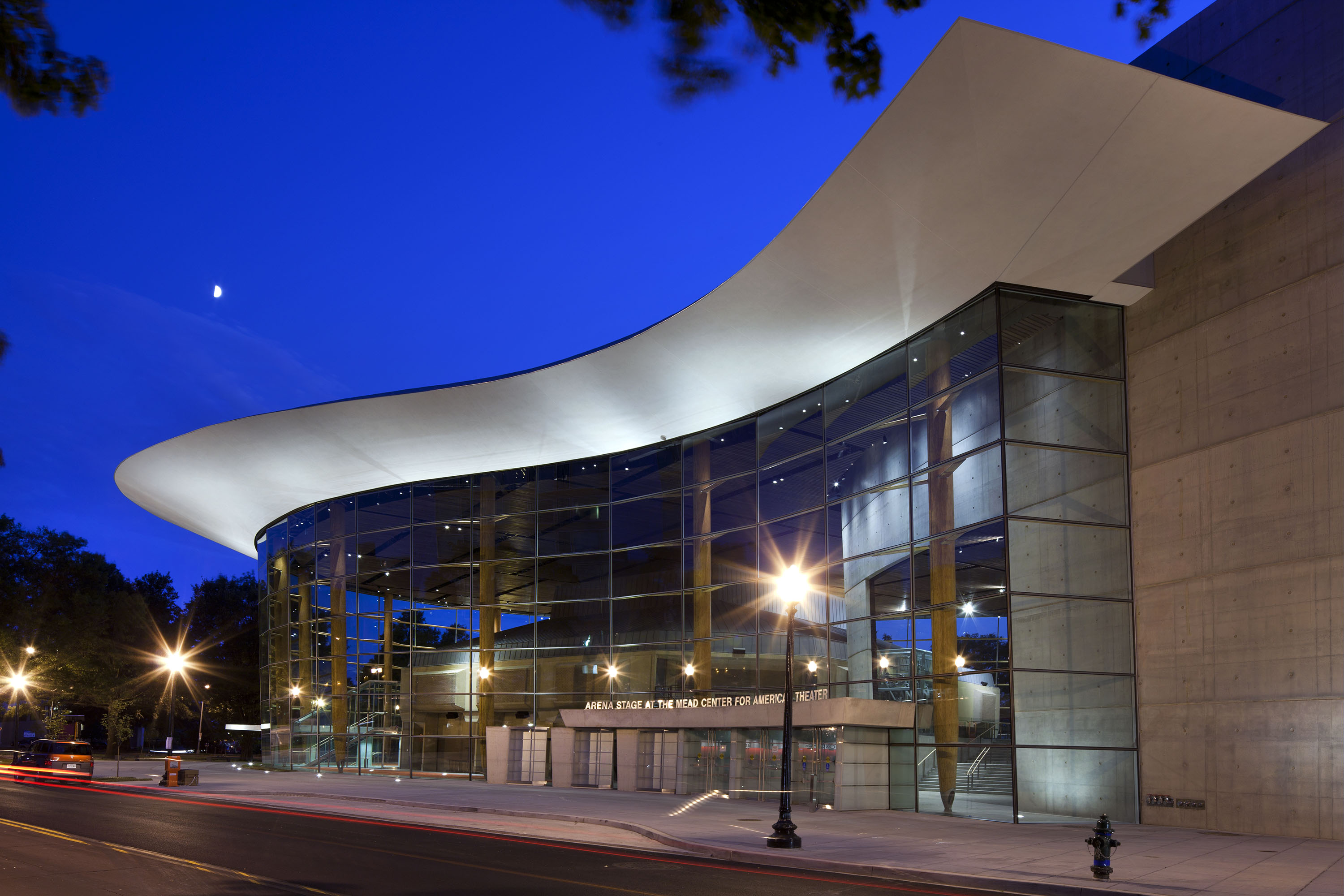 Arena Stage was founded in 1950 as a pioneering force in the regional American theater movement. In 2010, after nearly a decade of planning, design, and construction, it reopened with a facility that doubled its size. The new theater complex underscores the venue’s close relationship to the Southwest Washington community with a dramatic timber- and cable-supported, inclined glass facade that transforms circulation spaces between two existing theaters and the third, new theater into dramatic spaces themselves.

The theater’s cantilevered roof, one of the largest in the United States, tapers to a point that aligns with the Maine Avenue axis and the Washington Monument beyond. Below, a Parallam wood and insulated glass curtain wall is the first of its kind in the United States—each wood column that supports the building bears an average load of 400,000 pounds.

The facade, hung by cables from a unifying cantilevered roof, is supported against wind forces by branches of the primary timber structure. Heintges facilitated the nuanced coordination between the structurally glazed, glass-and-aluminum enclosure system and this supporting timber-and-cable structural system. The interface between systems required extensive analysis of live load movements and installation sequence. Use of finite element analysis to understand the interactions between the wind-load deflections of the facade and the structure ensured that the structure did not introduce excessive stresses into the facade. Testing of a full-height, seven-story mockup further elucidated the complex relationships among systems.

Heintges provided curtain wall and building envelope consulting services for all phases of design and construction, including facade analysis and the detailing of the unique aluminum-and-timber glazing-support system. 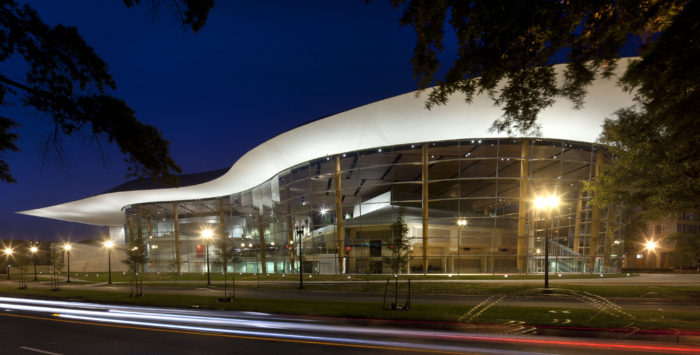 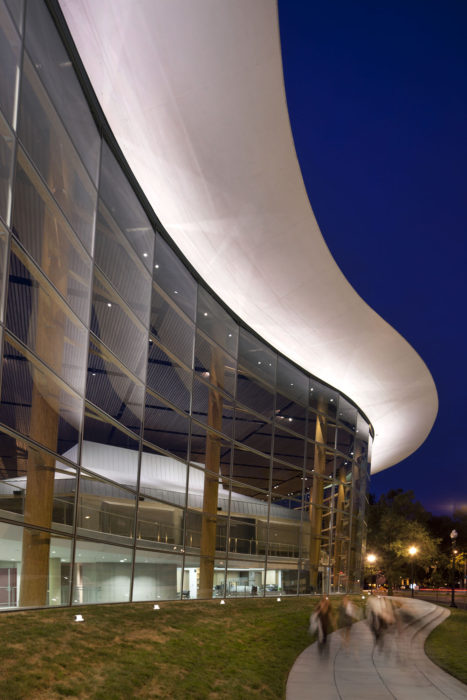 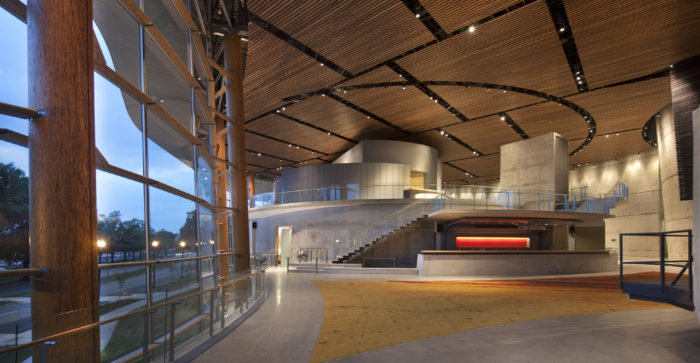 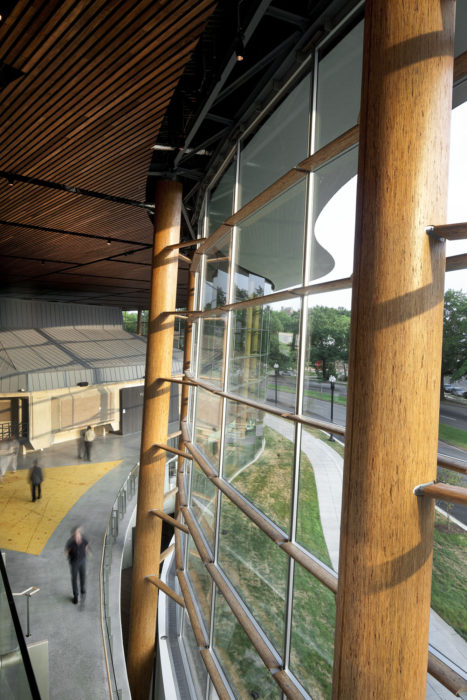 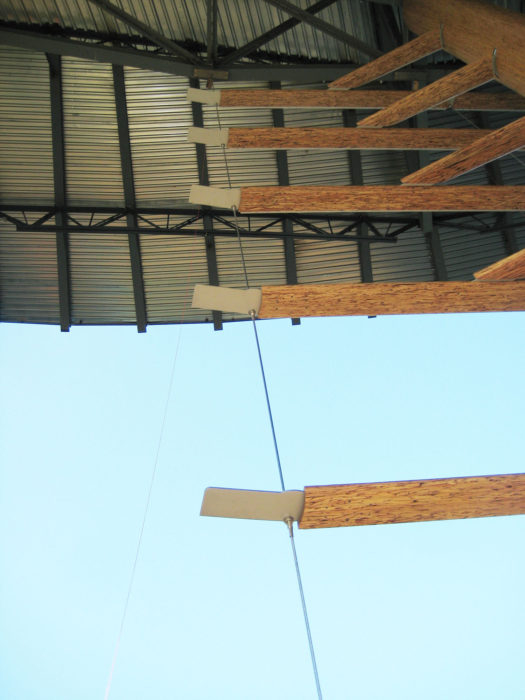 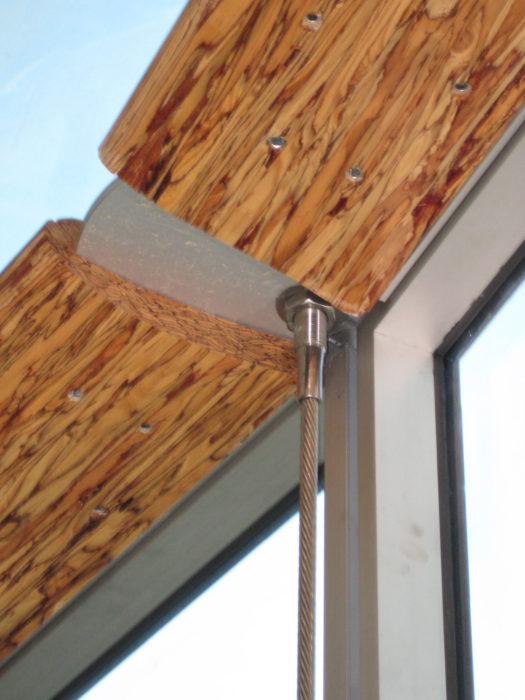